HeartBreak: A node based image editor powered by GEGL

GEGL is the open source engine that powers most of Gimp. However, Gimp only taps into a fraction of what GEGL is capable of as it does not have re-editable filters or node based editing. HeartBreak is an open source node based image editor that uses GEGL to a significantly higher potential then Gimp.

Can someone consider making a flatpak of this software. It would be nice if more people could see what Gimp’s engine is really capable of doing. 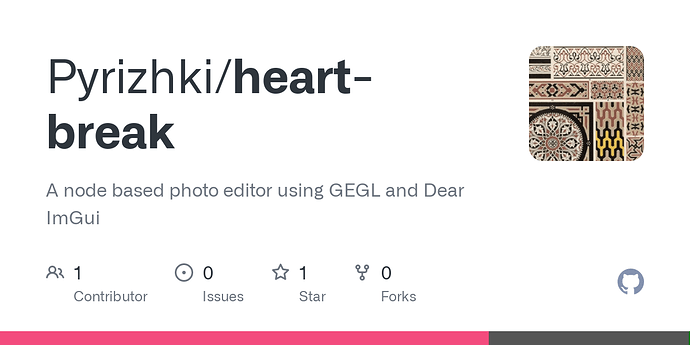