Sha256 incorrect error - but it isn't

I have a Flatpak which used to work, then the version of “Boost” referred to in the manifest was archived. So I changed the URL (the sha256 stayed the same as it was the same file) to the new location.

This module now fails with flatpak-builder, complaining that the sha256 is incorrect.

I have separately downloaded the file so that I can use sha256sum to check it - and the checksum in the module is correct.

I’ve probably made another newbie error…but the other 8 modules are downloaded and installed without any problems.

This is very strange, this is what I get. My sha256sum output matches flatpak-builder’s but not yours.

@vchernin Don’t take this too seriously because it is late here and I’m tired, and I haven’t been able to give your post the consideration it deserves, but: 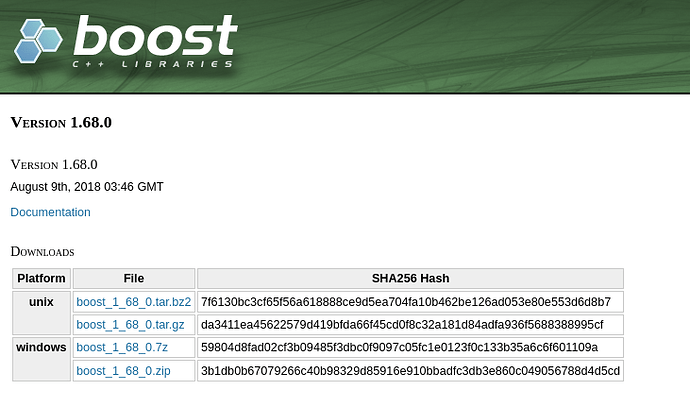 I think I found the problem. There are 2 CDN URLs which give files of the same name but with different contents. Presumbably this is a mixup between them, you’ve checked one of these locally and put the other in your Flatpak manifest.

I was too “tired” last night to spot that you were using a slightly different URL, or that the SHA256 in my post was the one I was looking for. I had tried the latest version of Boost in the past and was getting the same error, I expect that was the same problem.
Boost has now been installed successfully. I doubt whether I would ever have worked this out, so thanks very much!