Besides not being updated in more than 17 months, there already is another package for Teams that is actively maintained (https://flathub.org/apps/details/com.microsoft.Teams).

For the sake of cleanliness, should this package be retired?
https://flathub.org/apps/details/com.github.IsmaelMartinez.teams_for_linux

It’s up to the application maintainer to EOL their app if they don’t want to maintain it anymore.

I’m wondering the the flathub maintainers should retire any application as soon as they become maintained by their developers and that doesn’t have any other distinguishable features (something like VSCode-OSS is to VSCode).

I find it confusing that a user can find both Teams applications without any clear indications that only one is actually up-to-date and supported by the developers. It’s just a bad user experience (as it can be seen from the screen above). 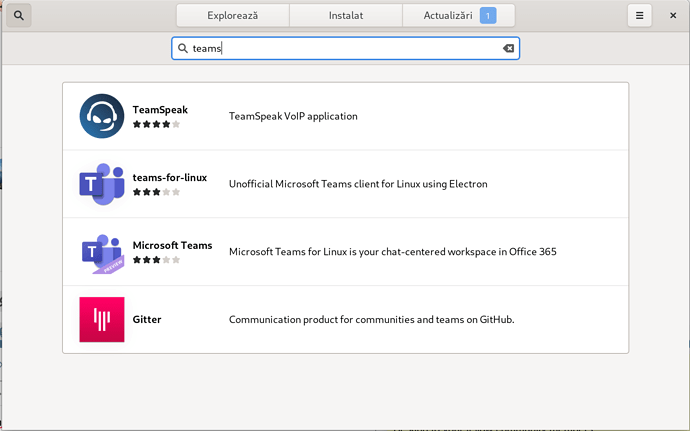 It’s a completely different client(electron wrapper that’s) not just a re-packaged version of the same “Microsoft teams” client, it clearly mentions that on it’s summary.

There’s nothing actionable here unless the application maintainer wants to End-Of-Life their application.

It’s a completely different client(electron wrapper that’s) not just a re-packaged version of the same “Microsoft teams” client, it clearly mentions that on it’s summary.

Fair enough. I was under the impression that the official supported application was also an electron wrapper that’s why I believed that it’s duplicated. If they are indeed different, you are right.

They are probably both electron wrappers yes, but that’s not up to me to decide whether they are exactly the same or not or whether one is okay to be removed or not. If you think the unofficial client is problematic, you should probably open an issue and discuss that with the upstream developer of the said application

Conclusion: the unofficial one is more mature, more reliable.

I would suggest to put the “Last update” or update frequency in the summary. As it stands it is misleading