Project information:
Wine (originally an acronym for “Wine Is Not an Emulator”) is a compatibility layer capable of running Windows applications on several POSIX-compliant operating systems, such as Linux, macOS, & BSD. Instead of simulating internal Windows logic like a virtual machine or emulator, Wine translates Windows API calls into POSIX calls on-the-fly, eliminating the performance and memory penalties of other methods and allowing you to cleanly integrate Windows applications into your desktop.

Wine is pretty complex software and could be packaged in few different ways. Users and maintainers requested it for a long time from 2017 but never communicated loudly enough and all this turns in fragmented threads, polemics, debates, WineBaseApp proposals which was denied many times by Flathub admins and as the result is that there almost 2021 but we still doesn’t have Wine (and it derivatives) on Flathub. Also upstream never was even notified and no one even tried to communicate with upstream and ask to package Wine.

This is META thread for all Wine packaging related aspects on Flathub. The ultimate goal is to have Wine (and it derivatives) as standalone package and as reusable Wine build for 3rd party FOSS launchers such as Lutris, Legendary, q4wine, PoL, Legendary and such.

The oxymoron is that working Wine flatpak build was made for a long time by couple community members and flatpak manifest available in their repositories. It’s proven to work well and tested for decent period of time by group of people. This mean nothing is prevent to publish Wine right today if upstream don’t mind and not wait for decades approval of controversial proposals like WineBaseApp. Or if upstream will want to maintain it then this going to be perfect.

I really like this idea! It would bem lovely to have, similarly to as we are have in snaps, wine applications on flathub (such as Python IDLE for windows which I use regularly to compile some python code).

But afaik, flathub doesn’t support 32bit binaries, so what’s the plan ? Use only 64bit wine?

But afaik, flathub doesn’t support 32bit binaries, so what’s the plan ? Use only 64bit wine? 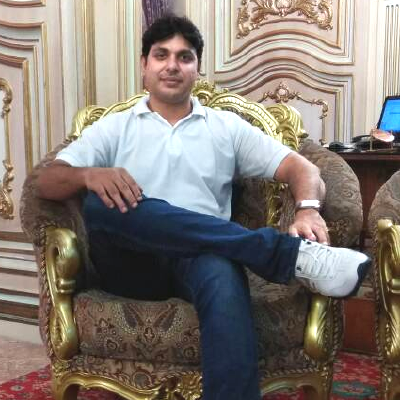 wine build with runtime 20.08 i386, provides wine to Centos like distros

It would be interesting if someone could create WoW 64+32bit wine in flatpak.

The only little trouble is Nvidia users have to manually install org.freedesktop.Platform.GL32.nvidia-VERSION.

is it possible to install system specific nvidia drivers without using variables etc.

It feels like it would be useful to have both a Wine package and a Wine runtime+SDK.

The Wine package would allow to easily test/run Windows apps with different releases of Wine (which would be a nice improvement compared to distribution packages).

There is a Winepak project, but sadly it does not seem to be active anymore with last Git repository commit being from 2019.

I’ve done this here, but it’s not what I would default to.
If not for Flatpak limitations, I would go with an SDK extension and a Platform extension for every Wine major release, and for one for unstable releases.
The limitations that I’m referring to are:

There is a Winepak project, but sadly it does not seem to be active anymore with last Git repository commit being from 2019.

Julian Richen did not only create Winepak but also Flatpaks for various Windows applications (mostly games, though).

Somebody once also described how the Evoland Winepak was created. It’s in Spanish but you can use some translation service.

Maybe you should consider building something together.
I’m sure Julian would be happy if you contact him and offer help or to maintain Winepak from now on.

Now we can start packaging Wine derivations and various addons and such.

But it’s now NOT on Flathub

No app with the ID org.winehq.Wine was found on Flathub. Try searching for the app using the search bar above."

Because Wine packaged as console app https://github.com/flathub/org.winehq.Wine/blob/branch/stable-21.08/org.winehq.Wine.appdata.xml#L3. You can install it by:

In future we will see more Wine GUI apps, wrappers, launchers and such on Flathub.